Send us your questions, comments or requests by using the form below. You can even request to schedule a virtual appointment for our brand-new Expansion, our Independent Living or our Assisted Living. Please fill out our request form, and one of our team members will be in touch with you shortly.

As a not-for-profit provider of senior living and health care in Connecticut, you can be assured that everything we do, every decision we make is focused on bettering the lives of our residents, their families, team members and the community we serve – today and in the future.

This shared philosophy guides us as we create a person-centered environment where people are proud to live and work in Simsbury and Hartford County, CT. This comprehensive, holistic approach is integrated into all our services. No matter which lifestyle or service is right for you, we offer something for everyone with a promise of customized attention, care, and service to help you achieve personal satisfaction and happiness.

To uphold our philosophy, we commit to:

We look forward to an ongoing journey of being a positive, enriching social and learning environment that optimizes the quality of life for you, your family, our team members and the community at large.

INDIVIDUALITY: Each person we serve will always be treated as an individual with unique strengths and needs.

INDEPENDENCE: Our services will always focus on helping each person maintain his or her highest level of functioning, independence and freedom of choice in the most supportive setting possible.

RESPECT AND DIGNITY: We’re absolutely committed to treating each person with kindness, sensitivity and respect while protecting his or her welfare and dignity.

CONTINUUM: There’s no one answer to the needs of everyone. McLean will always provide or work with others to offer a full range of services designed to meet the unique needs of each individual we serve.

Our legacy of caring for people and nature is a testament to our namesake, Senator George P. McLean.

Senator George P. McLean, who was born in 1857 in Simsbury, Connecticut on a farm called the Homestead. Located on Firetown Road, Homestead was built in 1809 by George’s grandfather, Allen McLean, pastor of the Congregational Church. What is now the Hop Meadow Country Club clubhouse was originally the Homestead barn. The original home, called Holly Hill, is now home to Governor’s House nursing home.

After working as a newspaper reporter and then as a bookkeeper at Trinity College, Senator McLean worked and studied law in the law offices of Henry C. Robinson in Hartford; was admitted to the bar in 1882. He was elected to the Connecticut House of Representatives by the citizens of Simsbury for the session of 1883-84, served as U.S. Attorney for Connecticut from 1892-96, and was elected governor of Connecticut, serving from 1901-1903.

From 1911 until 1929 Senator McLean served three successive terms in the U.S. Senate. During this period, his deep interest in wildlife conservation inspired one of his many senatorial triumphs, the Migratory Bird Treaty Act of 1918. In 1929, he retired to his home in Hartford County, where he died on June 6, 1932.

His will is a living testimonial to his deep engagement with his region and its people. He made significant bequests to churches, schools, civic organizations and hospitals. He also left his land and an endowment, the McLean Fund, which was entrusted with the management of both the McLean Home and what is now the McLean Game Refuge.

The Senator also gave to the Simsbury and Granby area an extraordinary legacy through his gift of 3,200 acres of abandoned farms and woodlands, which is now the McLean Game Refuge. With it, he established an endowment, the McLean Fund, to support the preservation and stewardship of the land, as well as to create a unique and dynamic health care center.

The trustees of McLean have since added over 1,000 acres to the Refuge, thanks to the generosity of individuals, families and the state of Connecticut. Today, the McLean Game Refuge is home to over 60 species of trees, 200 bird species and a vast variety of reptiles, amphibians, fish and mammals – many of which are rare or endangered.

Senator McLean had a deep love of nature and for the health and wellbeing of all people. We’re proud to bare name and to continue his legacy care.

To learn more about our life-enriching community or to schedule a personal tour, please fill out our request form

To ensure McLean continues its legacy of quality care, the trustees are committed to LeadingAge‘s Quality First Covenant, and have made the following pledge to maximize quality of life and care for older adults:

Beginning in 2016, McLean began a comprehensive inventory of programs, their costs and benefits. It was determined that in the 2016 fiscal year, the McLean Health Center served more than 2,443 individuals in Simsbury and the surrounding towns. This report is updated annually.

The charitable activities include Community Outreach, the Sorenson Smart House, support groups, memory care volunteers, education for the public, health screenings, Lights of Hope, a shred event, programs on downsizing, low income assistance, and Meals on Wheels among others.

In the 2018 Fiscal Year McLean personnel spent 17,000 hours implementing these charitable programs and activities for more than 3,000 individuals.  This translates to a cost for personnel and benefits of $412,244. The building use for all the Health Center programs totals $54,200, and other expenses add another $3,045,553. After excluding payments for those programs, McLean supported the programs through the Health Center with unreimbursed support in the amount of $3,511,997.

Send us your questions, comments or requests by using the form below. You can even request to schedule a virtual appointment for our brand new Expansion, our Independent Living, or our Assisted Living. Please fill out our request form, and one of our team members will be in touch with you shortly.

The McLean Auxiliary relies upon its members for charitable support and the contribution of time. To become an Auxiliary Member, fill out our application  Membership Brochure 2021-22 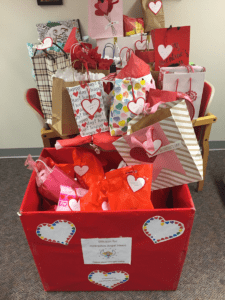 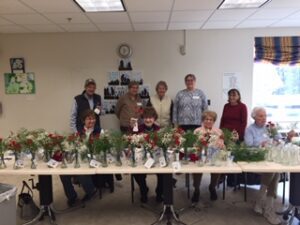 Our gift shop is for one-stop shopping. 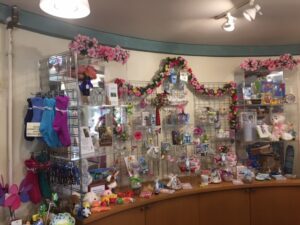 We guarantee you’ll find something for someone you love — and you, too! Even better, your purchase is a gift that keeps on giving. The store is run entirely by volunteers, and purchases support a multitude of activities and needs for McLean residents. 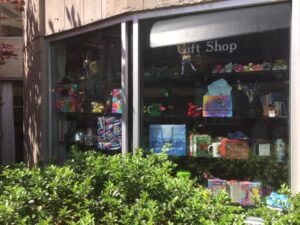 The McLean Auxiliary awards an annual scholarship up to $1,500 to an employee or child of an employee who’s pursuing a post-high school education in a medical or health care-related field.

Applications are available to employees in the McLean Human Resources office.  Application can be made at any time. Decisions will be made annually during the last week of July.  If granted assistance will be paid after successful (grade C or better) completion of the course.

The McLean Auxiliary will announce winners of the scholarship at their Membership Social in October.

The McLean Auxiliary Board Members

Discover the enriching culture of our campus life. >>